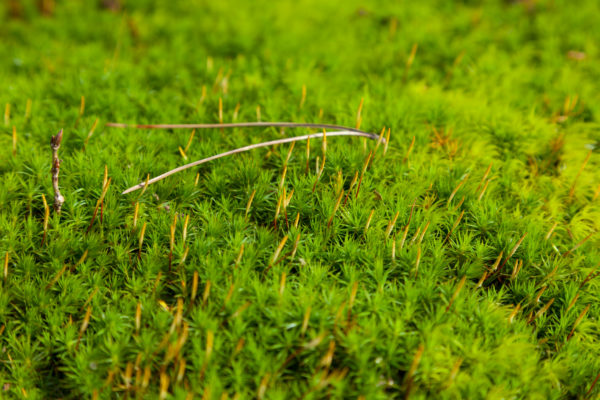 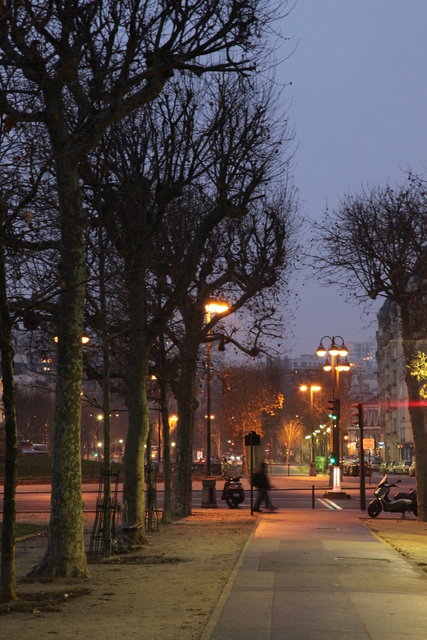 Walking home on a cold winters evening.  The mix of pollution and fog made everything look nice and soft.

The Notre-Dame de Reims Cathedral has a very long history of damage, rebuilding and growth. Most recently it was shelled by Germans at the beginning of the First World War and the resulting fire damaged or destroyed important parts of the Cathedral.   Reconstruction began in 1919 and continues today.   Some of the stained glass is exceptional, I particularly liked the work by Chagall designed in 1974.

We headed for Epernay on Monday to visit Moet-Chandon but the wait was too much and Max was fed up of sitting in his baby chair.  The local skate park is next to the cathedral in the town center. The tradition of lobbing shoes seems to be alive and well with the skaters of Champagne.

A quick weekend away in Champagne didn’t yield much in the way of photos, mostly because I was driving on winding roads in rain and heavy fog. I had to stop in this lost bit of forest because it struck me as beautiful, silent and freezing. 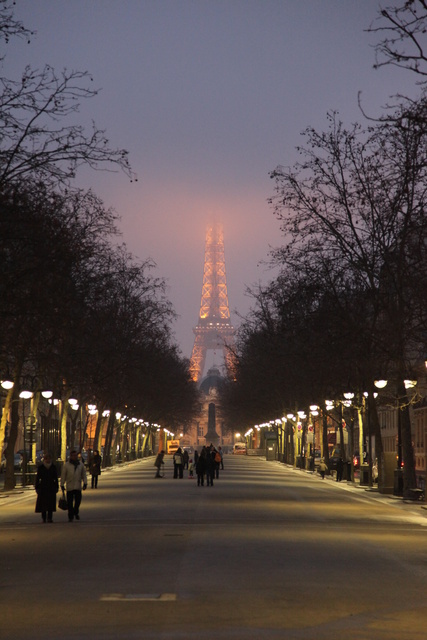 Mostly the Eiffel Tower is the large grey-brown iron structure at the end of the street but occasionally it puts on a show. Taken on ave Saxe near ave de Breteiul, Paris 7eme.

The Saint Malo seawall, taken in 2008 on a trip with Charlie and Anna. 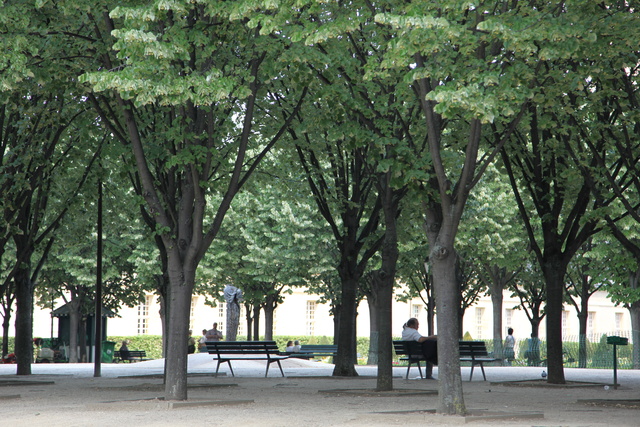 Here, in the middle of this square formed by trees is found, standing alone, a somewhat disturbing statue, as well it was intended to be. In its simplicity it makes a powerful impression. It is a bronze statue and fountain of a headless woman who is holding her decapitated head in her own hands. Water issues from her severed neck and flows down her body.

It is the creation of the Belgian sculpture Nicolas Alquin. It was placed here on December 3, 1998, and is dedicated to the memory of the victims of terrorism.

The statue was commissioned by the group S.O.S. Attentats (in English, ”Attentats” means Attacks, or Assaults). This French association was created for victims of terrorism by victims of terrorism. The S.O.S. Attentats sponsor epidemiological studies of the health risks posed by terrorist attacks. For further information on this association their website address, which can be viewed in English, is: http://www.sos-attentats.org 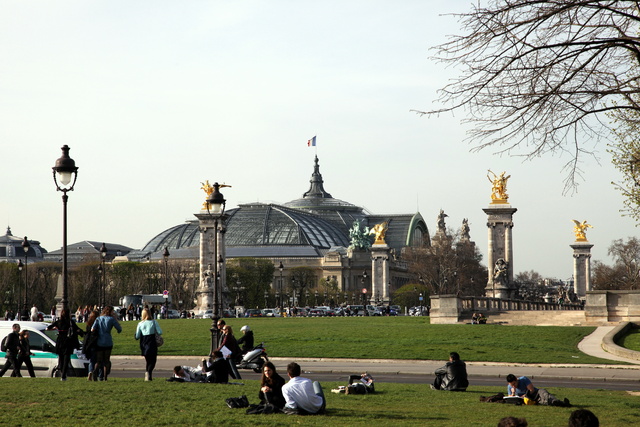 Summer on the lawns between the Seine and Les Invalides. People come to play all sorts of sports and activities here which is nice but can get packed on a good day. In the distance you can see the Roof of the Grand Palais and bridge Alexandre III with its angels on the right.